For generations baseball has been the undisputed leader in sports and has been officially dubbed America’s favorite pastime. Football on the other hand is best known as America’s greatest passion, renowned for its vision of strategic game-play and sportsmanship. If you grew up in the United States, there is no denying that there is something quintessentially appealing about American football. Every season football brings millions of fans together to participate and enjoy the televised games in homes and establishments across the country. Have you ever wondered why football has become one of the most successful sports played in America? If you are involved in a non-profit charity organization there are some powerful lessons that can be learned from the strategy behind American football including: team building skills, making the most of your resources and utilizing emotional responses generated from non-profit events. With the big game just around the corner, Auctioneerist Charity Auctions looks at some of these lessons in closer detail!

Building a successful team is the first step to developing a successful nonprofit environment but one of the most damaging mistakes made by organizations is failing to recognize that all members, no matter how small their role, are part of your team. A nonprofit organization is comprised of many different facets including board members, volunteers, donors and sponsors. In a recent article written by a major news correspondent, the game of football is described as consisting of a team of individuals whom act as one entity to come together to execute the perfect game plan. Think of your non-profit as a team of football players. You have a diverse group of people who have different levels of skill, experience and education all of which can highly benefit your organization. Regardless of the mixture of individuals on your team, think of your team as a unit of one. Just like the game of football, your non-profit organization will function best as a team that works towards one common goal. One of the most important things for group leaders to remember is that each and every team member needs to come together to work towards gaining the ultimate prize.

Once you have successfully built your team, the next step is to make the most out of your resources; especially free resources. One of the most utilized game plans in football is passing on skills from one phenomenal player to the next. Keep in mind that just because your team members, leadership role or goals change it does not mean that you are back at the starting line. One strategy used in the game of football is keeping the knowledge, traditions and game plans handed down by previous generations as some of the most important fundamentals of successfully supporting the team. As a member of a non-profit committee you should never overlook or discard tried & true resources which can be used to successfully build and strengthen your non-profit organization including:
• Google
• Social media
• Email marketing
• Media sponsorships & press coverage

In part, the continued success of football can be attributed to not only the actual game day event but the lasting feelings and emotions that fans are left with after long after the game has ended. No matter what type of nonprofit organization you are part of, the continued success of your organization can be achieved by understanding that your fundraiser should extend outside of the actual event itself. For example, sports memorabilia such as a signed game ball or helmet can remind the new owner not only of the memories of that special game but will also of their continued dedication to your non-profit group. 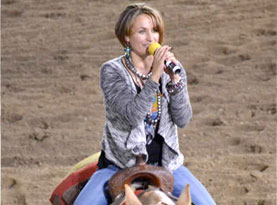 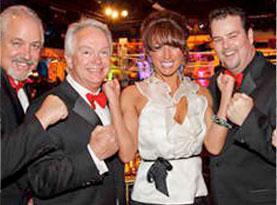 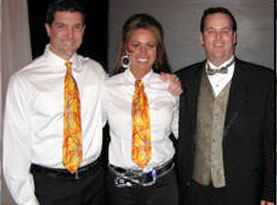 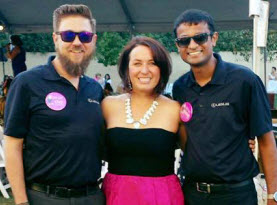